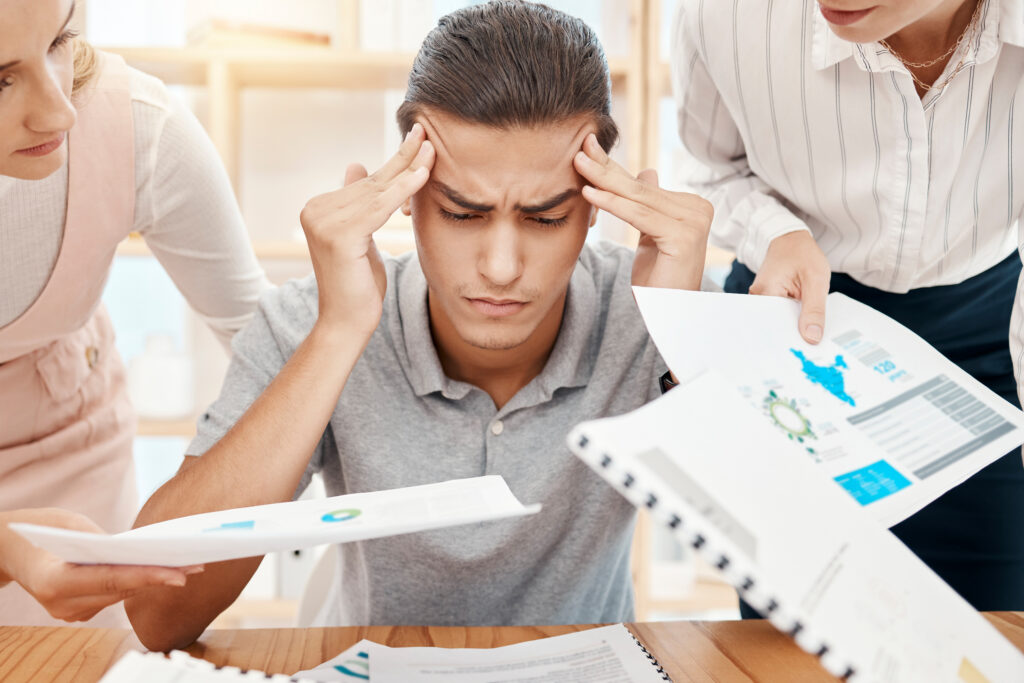 (This article originally appeared on the National Press Foundation site at NationalPress.org)

Employee mental health is drawing more news coverage as companies recognize that worker substance use, depression and anxiety hurt their bottom line as well. Three experts discuss the new emphasis by the Surgeon General and others on workplace health and mental well-being – and how it’s driving everything from turnover to unionization.

1. Depression is the leading cause of disability

Depression is the leading cause of disability for Americans ages 15-44, according to the CDC. One in four U.S. adults of working age will have a mental or substance use problem, and a 2021 study also found 76% of workers reported at least one mental health symptom. Poor worker health, including mental health, is related to diminished productivity, said Ron Goetzel, who studies the relationship between employee health and well-being, medical costs and workplace productivity at the Johns Hopkins Bloomberg School of Public Health.

“That can be operationally defined as increased absenteeism, higher disability cost, workers comp, safety incidents, and something called presenteeism where you are physically at work, but mentally you’re not engaged because you have depression, you have high stress, you have other medical conditions that are not being well managed,” he said.

Attention to workplace mental health not only improves the conditions of workers, but it also helps executive performance and trickles down from there, said C. Richard Mattingly, founder of the Luv u Project. “Workplace mental health isn’t just the workforce out there, it’s the C-suite down,” he said.

2. Even the Surgeon General is worried about toxic workplaces.

For the first time, America’s doctor weighed in on workplace mental health in October 2022, saying that toxic workplaces are harmful to both the physical and mental health of workers – and that wellbeing and health can affect workplace performance.

“The sense of absenteeism, productivity, turnover, these have been really salient issues in workplaces widely,” said Lindsay Ellis, a reporter for the Wall Street Journal who focuses on workplace issues and young professionals. “The explicit connection to mental health was fascinating to me as a reporter who covers office culture and how workers are navigating their careers.” (The Wall Street Journal now has five full-time reporters and columnists focusing on management and careers.)

The Surgeon General put toxic workplaces in the same category as smoking, cancer or COVID-19, and it’s hard to gauge the effect of that on employers,  Ellis said. To her, the story is how much money companies are putting into this and for which pockets of their workforce is it having an impact?

While companies always say their finances are insufficient to take care of the problems, that’s not always true, Goetzel said.

“There are many things that can be done that don’t cost a whole lot of money and they usually revolve around policies. What are your policies about overtime, policies about job rotation, about being able to take leave for medical issues, being trained in a career path that’s meaningful to you?” he said.

Goetzel said employers should be paying attention not only to toxic bosses but to physical space and privacy for office workers, and safety and environmental protections for other workers. “How about too much heat, too much cold, fresh air, fresh water, clean air, clean water, exposure to virus?

Workers’ rights – including protection of their mental and physical health – are a driver in the uptick in unionization activities around the United States.

While participation in unions has fallen sharply over the past 50 years to less than 10% today, unionization efforts are on the rise and work-life balance is part of that, Goetzel said. Family leave and sick pay were major issues in the threatened rail workers’ strike, he noted.

4.  Well-being is in demand among workers, up sharply after the pandemic.

A February 2022 Gallup poll of 13,085 U.S. employees found that 61% said a greater work-life balance and better personal well-being were “very important” in their next job – approaching the 64% who wanted a significant increase in income or benefits. That’s up from 53% in 2015.

Corporate and public attitudes toward mental health have changed as well, Mattingly said.  In the not-so-distant past, presidential candidates and job candidates who had a mental health problem were considered ineligible for top office. “Those times are changing, not fast enough,” he said. Mattingly noted how long it took for the United States to change rules and norms around seat belt use, child car seats, sprinkler systems for fire control or smoking. But norms will change faster if people are willing to buck the stigma and speak out about mental health issues.

5.   Some employers are doubling down on investments in mental health.

The idea of the award is to address the stigmas around workplace mental health, identify best practices, and highlight how the award-winning employers have implemented them, Goetzel said.

New self-care mental health benefits like Freedom 365 are also gaining popularity among employers and employees alike.   These type of benefits break down the barriers to behavioral and mental healthcare by offering employees a private, stigma-free way to address issues like substance use disorder, anxiety and PTSD without the cost and inconvenience of more traditional therapy options.   Platforms like these empower employees to address their own mental health needs on their own terms.

It’s also important to broaden the focus on mental health workplace programs from putting the responsibility on the individual (get more sleep, meditate and so on) to focusing on the organizational initiatives and interventions that matter: “scheduling and overtime and sick leave and childcare and career advancement, ownership, fair wages, benefits, and remote work and so forth, and then the whole set of environmental factors.”

If you’re interested exploring Freedom 365 Mental and Behavioral Health Solutions for your company, you can use the form below to scheduled a demo: